Founded in Wisconsin in 1984, Centene started as a nonprofit Medicaid plan and grew to become the nation’s largest Medicaid managed care organization serving over 26 million managed care members. Nearly 1 in 15 people in America have services through Centene, including Medicaid, Medicare, the Health Insurance Marketplace, TRICARE, and correctional facilities.

At the end of October 2021, Centene® executives said the company would be making a $30 billion request for proposals from outside contractors to take over the pharmacy benefit manager (PBM) side of their business. The request for proposal is expected to launch in 2022 and be awarded in 2023. Estimates show PBMs make $400 billion a year nationwide, so why would Centene® decide to divest such a lucrative part of their business?

Centene® reasoned that managing pharmacy benefits was simply not among its core functions. While not stated, the entanglement in several legal battles surely plays a role. The Ohio Attorney General, Dave Yost, filed suit against Centene® in March 2021. The Attorney General accused Centene® of using multiple PBMs to perform the same functions and overbilling taxpayers tens of millions of dollars. The Ohio Medicaid plan managed by Centene®, Buckeye Health Plan™, had hired Envolve™ (a Centene® subsidiary) to handle pharmacy benefits. Envolve™ then hired Health Net™ Pharmacy Solutions (another Centene® subsidiary) which contracted with CVS Caremark®. Centene® claims CVS Caremark® only handled claims payment processing while Envolve™ did everything else, including, specialty management, data analytics, drug utilization review, and formulary management; however, CVS Caremark® contradicted this. Talk about a tangled web of PBM opaqueness!

While Centene® has not admitted wrongdoing, it has agreed to pay Ohio $88 million and set aside $1 billion to settle future potential suits. Kansas, Mississippi, Arkansas, Georgia, Oklahoma, New Mexico, and the District of Columbia are also taking a serious look into Centene®’s conduct. 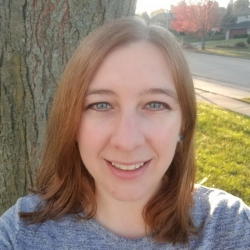 Jenevra Azzopardi, CPhT
Analyst at PAAS National®
I grew up in a family of nurses and other medical professionals but was never interested in the clinic setting. I was drawn to pharmacy because I like to help people and could easily use the knowledge I grew up with to do so. It was a great fit.

I have a Bachelor of Arts in Communications from the University of Wisconsin – Madison. Prior to joining PAAS in 2017, I worked for Walgreens for 19 years.

As an Analyst at PAAS, I really enjoy being able to help independent pharmacies succeed. I have always been a fan of the underdog and am excited to be able to give you the tools you need to take on the giants of the PBM industry.