PAAS National® analysts have repeatedly seen auditors targeting claims with potentially undocumented substitution issues. They hope to find inappropriate substitutions which may result in recoupment of the claim. To decrease the risk of these recoupments, and better understand where the issue stems, let’s start with a bit of background information.

Since 1938, when a company seeks authorization for a new (non-biologic) drug, they must compile enough evidence for the U.S. Food and Drug Administration (FDA) to determine if the product will be approved for sale in the United States—this packet of information is referred to as the New Drug Application (NDA). Generally, the drug with the NDA becomes the reference listed drug (RLD, or brand-name) product. The RLD is what other companies’ reference when seeking approval for their equivalent product (or generic) through the Abbreviated New Drug Application (ANDA). The ANDA must provide the FDA with evidence that the product is equivalent to the FDA-identified RLD and must show in vivo bioequivalence to the reference standard (RS) drug product. The FDA usually selects one RS and generally it is the RLD, but in some cases they are different.  If the FDA has enough evidence to establish equivalency, when the ANDA generic is approved, it will be given an “AB” rating. Each ANDA must list a single RLD to which it is being compared and if the FDA did not set the RLD, an ANDA applicant must ask the Office of Generic Drugs to designate one. When different RLDs are utilized for the same drug product of the same strength by different companies on their ANDA, it creates the need for a three-character Therapeutic Equivalency (TE) code (e.g., AB1, AB2, AB3, etc.). Only drug products with the same three-character TE code which are listed under the same active ingredient heading can be freely substituted for each other, plus the authorized generic, unless prohibited by state regulation. Be aware that authorized generics do not appear in the Orange Book and are not evaluated by the FDA for an equivalency rating because they are the same products as their RLD, or brand-name drug, however, they do not use the brand name.

If, at this time, the FDA considers a product to not be therapeutically equivalent, it will assign it a “B” rating. Claims at risk for recoupment include those where the prescription was issued for a specific RLD (brand-name) but filled with a non-matching TE code product or those filled with a B-rated product. The FDA Orange Book can be accessed online and may be utilized to confirm equivalency for non-biologic drug products to prevent these recoupments.

Anyone unfamiliar with the Orange Book can read the Preface which contains very detailed explanations of how to use the book as well as the meaning of each code. Included is an example of the three-character TE code system using nifedipine. Adalat® CC and Procardia XL® extended-release tablets are both listed under the same active ingredient (nifedipine) heading. Adalat® CC is designated AB1 and Procardia XL® AB2. ANDA generics approved with Adalat® CC listed as the RLD would receive an AB1 rating, and those approved with the RLD Procardia XL®, AB2. To substitute an AB1-coded generic nifedipine extended-release tablet for Procardia XL® without contacting the prescriber would be inappropriate and the claim could face recoupment if audited.

Based on the observations of PAAS analysts, the following table contains the most common products incorrectly substituted with non-AB rated products, and subsequently flagged upon audit:

Become an audit assistance member today to continue reading this article. As a member, you’ll have access to hundreds of articles and receive our monthly proactive newsletter! 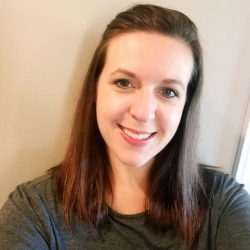 Sara Hathaway, PharmD
Analyst at PAAS National®
After graduating from UW-Madison's School of Pharmacy with my PharmD, I spent my first eight years at an independent pharmacy dividing my time between both retail and long-term care. I fell in love with the independent pharmacy world and joined the PAAS team to help independents not only survive, but thrive.

I enjoy assisting pharmacy staff both pre- and post-audit and enjoy providing them with knowledge and tools to decrease audit risk going forward. I write articles for Third-Party Newsline each month and answer member questions daily. I look forward to building professional relationships with each of our members and assisting you with your next audit.